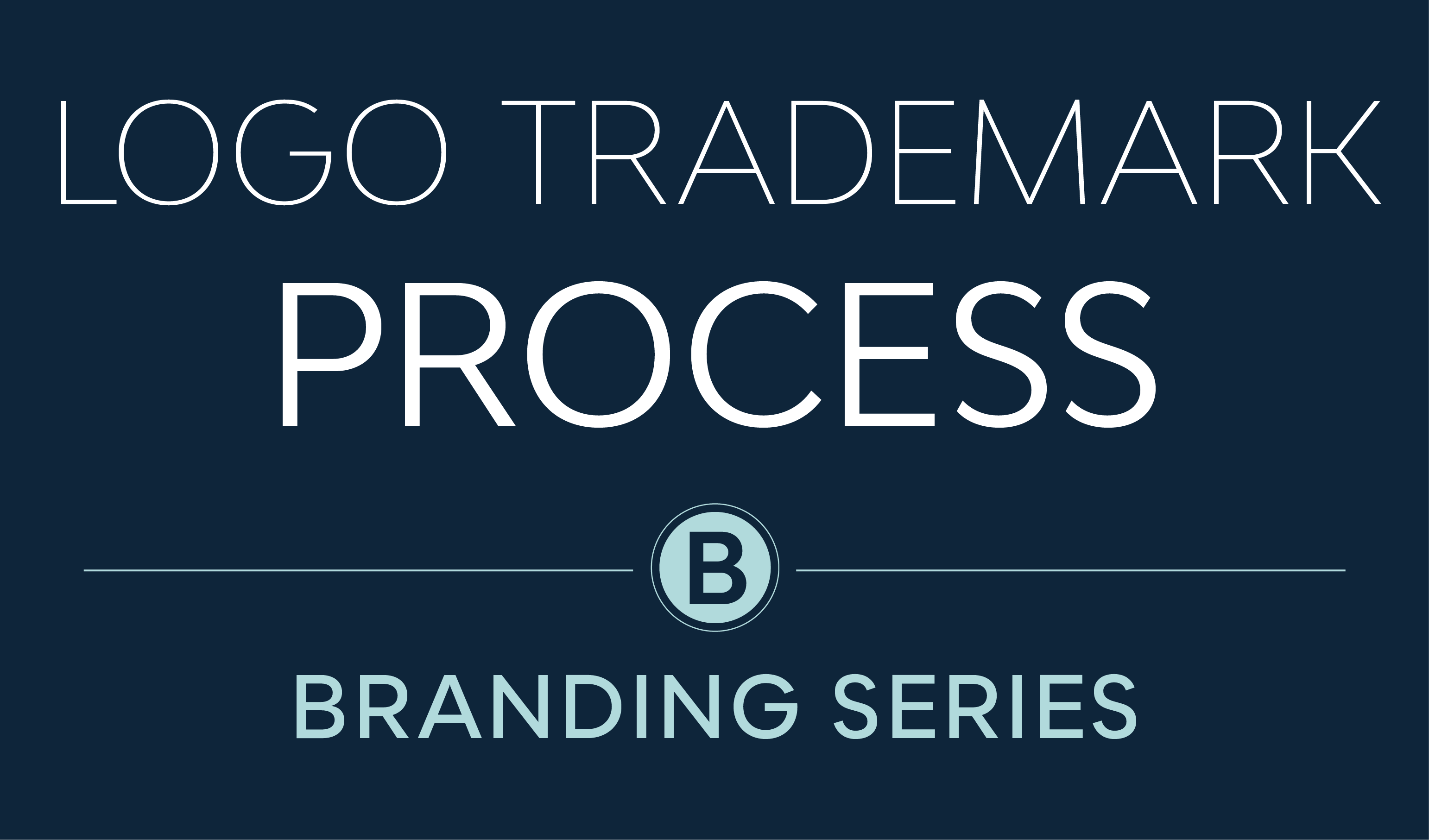 Last week our conversation with Dana Dickson, Trademark Lawyer, focused on the benefits of registering a business's logo, so this week we continue our conversation on the actual Trademark process, what you can expect, and some best practices to make the application process go smoothly.

TERRI:
What does the registration process look like, and how long does it take to get a trademark registration?

DANA:
That depends on which basis or path to registration you choose. You have several options, but two are most common. First is that you’re already using that mark in the real-world marketplace as of the date the application is filed. Second is that you’re not using the mark yet but you plan to start using it soon. If you’re already using your mark, then you might be able to get a registration within eight or nine months of filing. If you’re filing based on your intent to use the mark soon, you can go ahead and apply, but you won’t get a registration until you can prove actual use – so ultimately, how long it takes to register depends on you and how quickly you can prove actual use. If your application has problems, it may take years to reach registration.

The USPTO reviews your application several months after it’s filed. Exactly how long depends on how many applications they’ve received around the same time as yours. They aim for three months, but right now, it’s about five to six months. Best case scenario, that attorney at the USPTO finds no problems with your application and approves it. Approval is not the same thing as registration. You’re not across the finish line yet.

Approval means the USPTO doesn’t have any problems with the application. They’re not the only ones who get to weigh in on this. They actually open up the application process for 30 days to the general public. And anyone from the general public can come forward and file an Opposition. That’s a proceeding that lets them argue why you shouldn’t be allowed to register your mark. There are lots of reasons why people can file these, but most often it’s because they think your mark is too close to theirs. If that happens, the USPTO hits pause on your application, and the dispute goes to a separate Board. It becomes like a mini-trial. Sometimes these disputes settle. If not, it can take years to go through the process and get a decision from the Board.

Most applications are not opposed. If you make it through that 30-day window without anyone opposing you, and if you filed based on actual use of your mark, then the USPTO will register your mark about a month and a half after the opposition window ends. So, best case scenario, already using your mark, no problems with the application, no one opposes you, it’s about eight to nine months from the filing date to the registration date. That’s not what usually happens. That’s the dream. Most applications have at least one problem with them.

If you file based on intent to start using the mark soon, then the process generally takes a little longer, and the timeline’s going to depend on how long it takes you to start using your mark. The process looks the same most of the way. You have that five to six months of waiting for the USPTO to review your application and the same 30 day window for opposition. The difference here is that if no one opposes your application, then about one month after the opposition period ends, the USPTO will send you a document asking for proof that you’re using your mark in the real-world marketplace. You have six months to respond to that. If you can’t prove actual use by that deadline, you can ask for an extension of time. And you can get up to five extensions. Each time you get an extra six months, but you’re literally buying extra time. The USPTO charges you a fee for each extension. So, it comes down to how quickly you can prove actual use.

TERRI:
Are there any tips to prevent issues during the registration process?

DANA:
Sure. First of all, just to set your expectations, most applications are not approved on first action – meaning they have at least one problem, sometimes many problems. There are dozens of potential issues that the examining attorneys at the USPTO look for when reviewing applications. There’s actually a manual they use that’s over 1,000 pages long in printed form. So it’s a very thorough review process. But the two most common refusals are a likelihood of confusion refusal and a mere descriptiveness refusal.

The likelihood of confusion refusal just means that someone else got to the party before you did. Someone already has a registration for your mark or something close to it, and that examining attorney at the USPTO thinks that consumers would likely be confused – that when they bought things from you, they would think they were buying those things from the owner of that registered mark. They are concerned about protecting the owner of the registered mark, but they’re also concerned about protecting consumers. The best way to avoid this type of refusal is to have someone skilled in trademark searches do that trademark search that we were just talking about before filing the application. You don’t want to lose your application fees and the months that you were waiting for the USPTO to review your application and have to start your process all over again. So have an attorney do that search upfront before filing.

The second most common refusal, the mere descriptiveness refusal, happens when you are trying to protect wording and all of that wording is merely descriptive or generic. Here’s why these marks are a problem. A trademark is a source identifier. Its purpose is to tell consumers where to get more of something. But descriptive or generic wording tells consumers about the goods or services instead of where to get them. For example, the wording DELICIOUS CUPCAKES, when used with cupcakes, does not tell consumers the source of these goods; it just tells them about the goods. In this context, CUPCAKES is generic because it directly states what the goods are. DELICIOUS is descriptive because it describes a feature of the cupcakes: they taste amazing. I know I want cupcakes that taste amazing, but I still don’t know where to get them. If you sell your cupcakes out of a store called BONOBO or even just using your name, like TERRI’S CUPCAKES, that helps me differentiate between all of these cupcakes that taste good. If I loved the cupcakes I got at your shop last week, it’s easy for me to find you again and get more of them. Descriptive marks get refused because they’re not helping consumers make those helpful distinctions about source.

"A common misconception is that having a trademark means you legally own a particular word or phrase and can prevent others from using it. However, you don’t have rights to the word or phrase in general, only to how that word or phrase is used with your specific goods or services. -USPTO"

The flipside of this is that it’s a fairness issue. If we both sell cupcakes, we both need to use that word just to explain to potential customers what we offer. We feel the same way about words like delicious – any word that people use to brag about their goods or services, like BEST or ORIGINAL. We think everyone should be able to say what they offer and to brag about how good it is, and we’re uncomfortable with giving someone the exclusive rights to use that kind of wording.

So, before you commit to a trademark and apply for it, ask yourself whether the wording you’re considering is descriptive or generic. A big red flag is if you use this wording not only to indicate the source of your goods or services but also repeatedly in the text that you use to market them. If you have to use that wording to explain what you’re offering, then it’s likely other people with similar goods or services need to use that same wording just to describe what they’re offering, too.

Dana, this information is invaluable for designers and businesses alike. I hope they bookmark this article and share it with others. Thank you so much for answering our questions today! 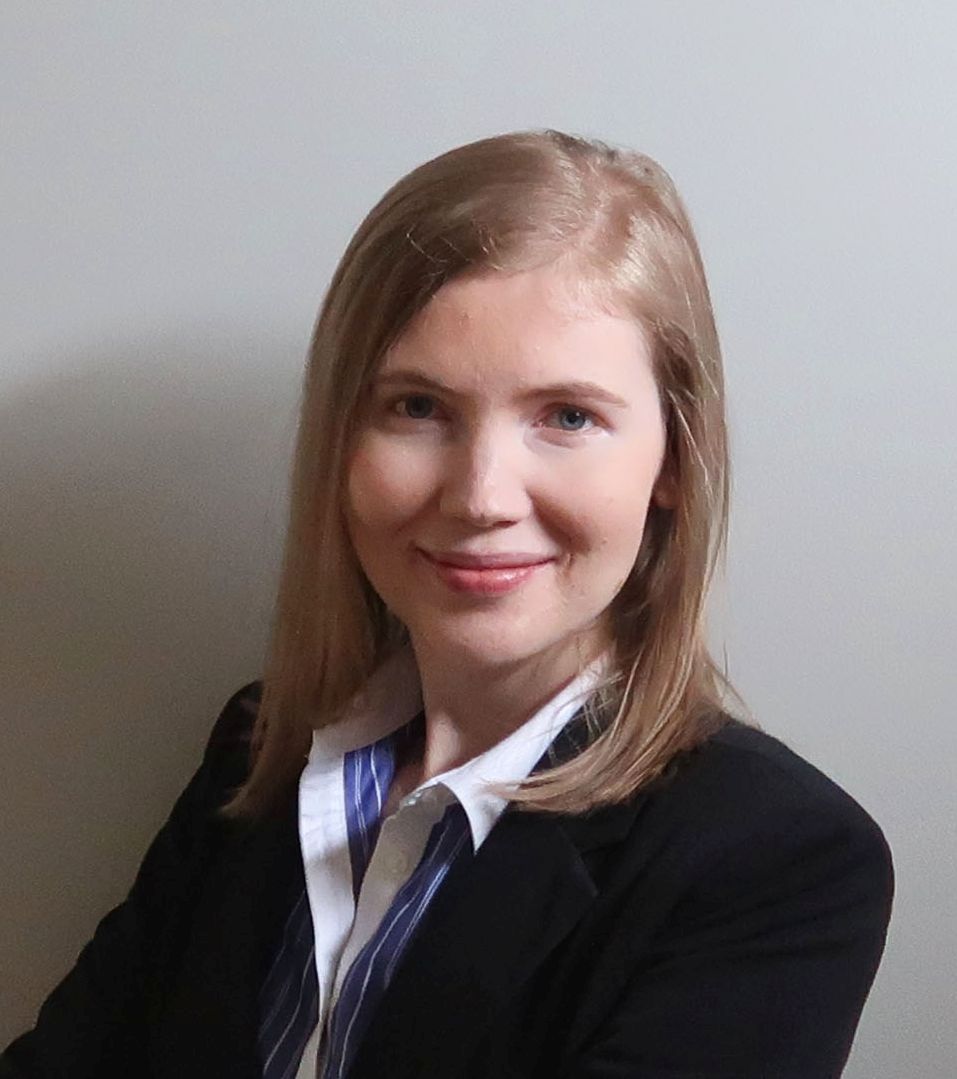